Week 9 brings a special type of overreactions. The College Football Playoff Rankings debuted Tuesday night and were very telling. The top 4 is always heavily debated at the end of the year and this year’s inaugural rankings were no different. Let’s jump into it…

This should be the most shocking thing in the initial playoff rankings. Bama is 7-1 with their best win being over Ole Miss and their win over Florida looking bleaker as the season goes on. However, Michigan State doesn’t rank ahead of them even though they arguably have the best win in the country. According to ESPN, Michigan State has had a stronger strength of record and a stronger strength of schedule remaining than Alabama. Also Michigan State may have the more exciting player in Kenneth Walker who is now a runaway Heisman favorite (+500 on DraftKings after the Michigan game). Michigan State also ranks higher in most defensive EPA stats than Alabama in a largely defensive driven conference. In my eyes, with Alabama’s defense ranking outside of the top 40 in defensive EPA60, defensive EPA/play, and defensive EPA/pass, they aren’t a top 4 team right now.

Overreaction: Bama at 6 is the right spot for them right now.

Logically after the first playoff rankings it’s the SEC. Digging deeper though I truly think it’s the Big Ten. With three teams with one or less losses the Big Ten could make a run at getting two teams in for their conference for the first time in the playoff era. The most likely is a 2016 scenario that almost occurred. In 2016, Ohio State got in without a conference championship and Penn State was left at five as a conference champion largely in part to having two losses; one of which was a blowout to Michigan, another top six team that year. This year it is likely that the Big Ten East champion will have 1 loss. Michigan State running the table to the conference championship game is unlikely as ESPN FPI gives them just a 2.9% chance to do so. Michigan (14.3%) and Ohio State (36.1%) are the other contenders with a real shot winning out. Both teams win out and their respective playoff chances rank above 69% according to ESPN’s Playoff Predictor. Realistically that can’t happen as “The Game” could decide what happens with the Big Ten on Thanksgiving weekend, and who likely could join an MSU team in the playoff. Something to watch out for as the season goes on.

Overreaction: Because Alabama & Georgia play in the SEC Title Game and a 2 loss team has never made the playoff, the Big Ten has the best shot to get two teams into the playoff.

Fox media personality Joel Klatt tweeted out an idea this week that I found interesting. 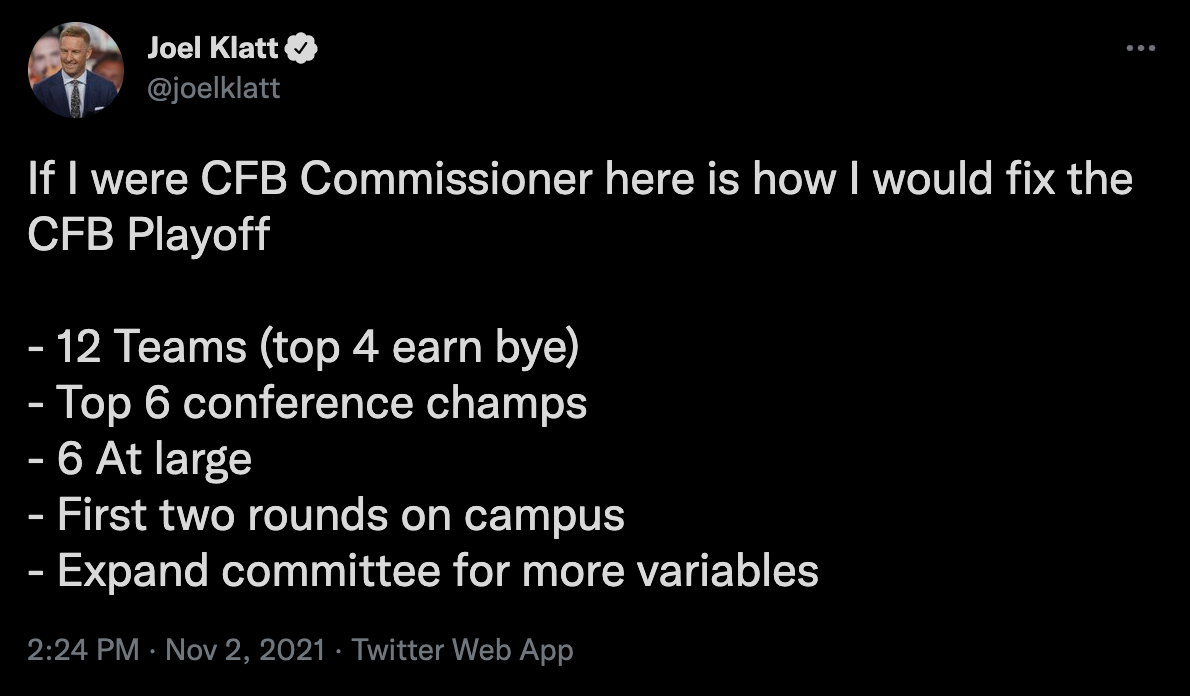 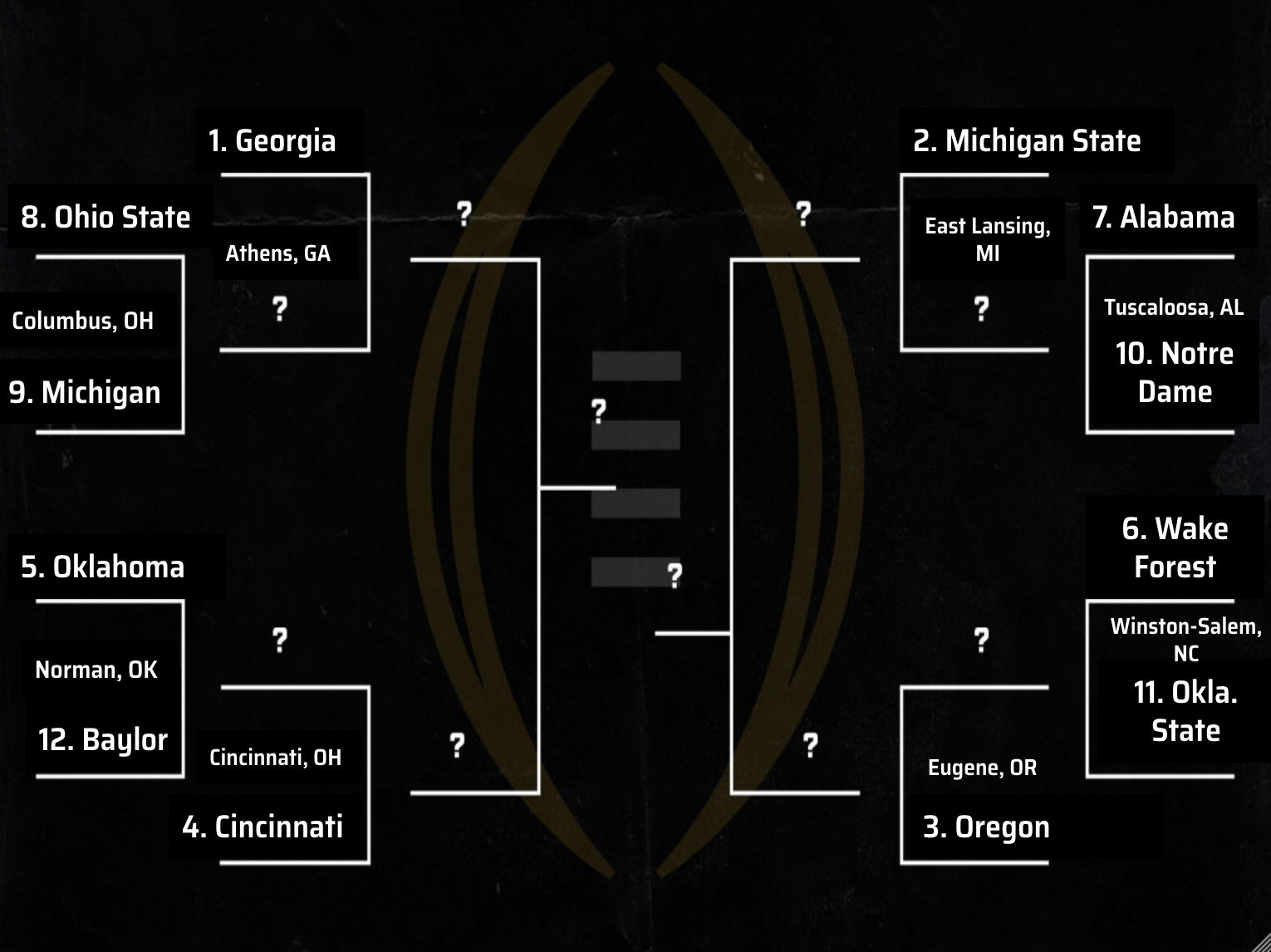 The Take: I love this format and I think it leaves the smallest room for argument. Really the only room for debate is the twelfth spot which I think keeps it interesting.

The Overreaction: This is the best way to determine the best team in college football.